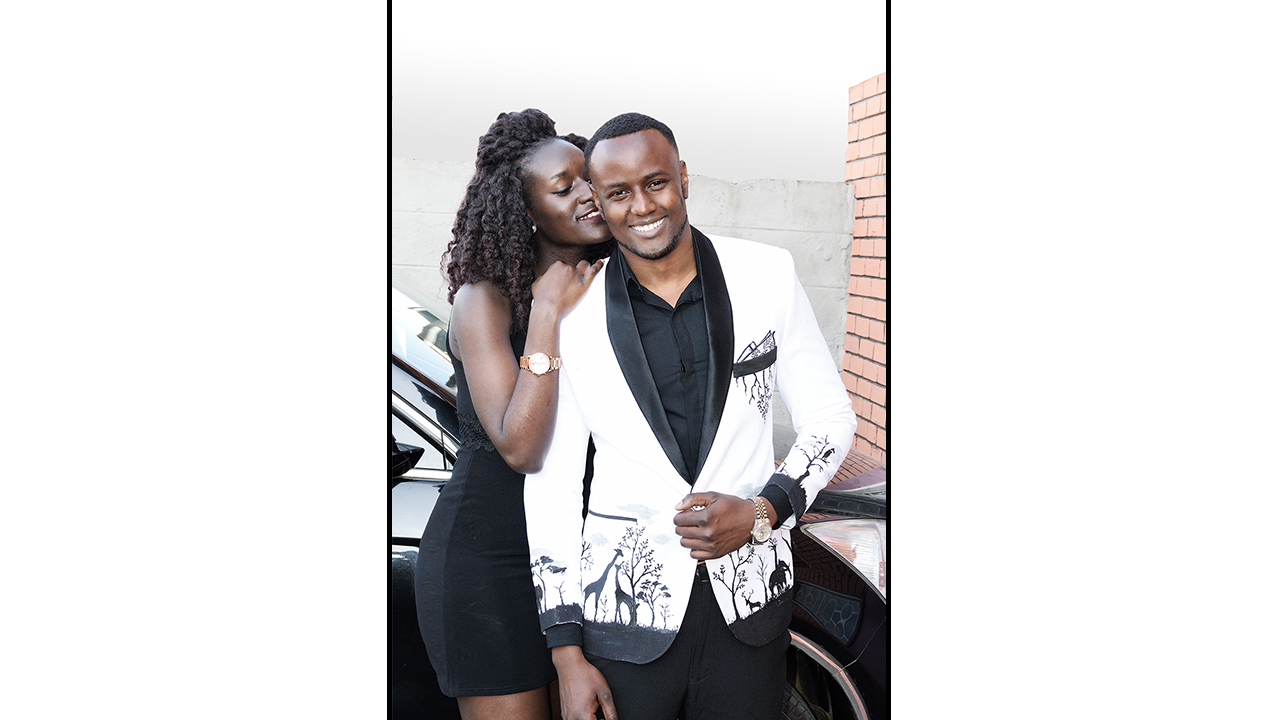 I’m always asked by King Sidney owners and friends alike, what exactly is going through my mind in order to make such unique menswear, especially since jackets like these are so difficult to come across not just in Nairobi Kenya, but in the world at large? What’s the thought process? So I thought I’d do a post on it.

I’ll start with the mindset we have with regards to the eventual King Sidney owner, then get into the philosophy we have within the firm, and finally, I’ll pick a jacket and we’ll break down how it came to life from beginning to end.

My Mind-set on the King Sidney Owner

We consider every single detail. Nothing is ever left to chance.

The reason for this high amount of oversight is because I’m always thinking, “If I was the one wearing it, how good would I want to look? How big of an impression would I want to make?” And since I, as the individual whose job is to serve the King, would never take any shortcuts with mine, there is absolutely no way in hell I’d ever take any shortcuts with the King’s.

This is actually the main reason why we do ready-to-wear as opposed to custom-made. So that we can incur all the risk.

That essentially forces us to put maximum effort into it to ensure that we have something of top-notch quality that is guaranteed to be desired and picked up by a King out there.

We believe part of the reason we named it King Sidney is because we’ve always believed we are dealing with some type of King on the other end. He may be a King within his profession, or a King because his family really values him and what he does for them. Maybe he is a King because of the respect his peers have for him, or a King in his ability to undertake whichever endeavors he has chosen to undertake.

Whatever the case may be, I always assume the eventual owner of the King Sidney jacket is a King in one way or another.

And how do King’s want their Kingly robes to make them look?

Powerful. And extremely good as well.

The man has to look out-of-this-world once he slips on the jacket and is ready to step out to his function. At King Sidney we have a saying, there’s a difference between being seen and being noticed.

That difference is brought about by the high quality of raw materials used on the jacket as well as the time-consuming craftsmanship and design process of each particular jacket.

So we’re looking at and getting inspiration from guys like Tom Ford.

How does that tie into our processes? Let me explain.

You see, most entrepreneurs when starting a fashion business in Kenya would look at the market, see what’s available in terms of price, and then try to cater to a large percentage of that market. Which is why unique menswear in Nairobi is virtually impossible to find. Everything they do would be dictated by the mass market they are aiming for. And since costs must remain low for more of the mass market to buy, cheaper, low-quality fabric is used. Cheaper, faster low-quality processes are undertaken, etc… Everything has to be below a particular price so that a profit is still generated at the eventual low selling price.

How do we at King Sidney do it? First, we are in love with jackets, and that’s why we chose them. There is no hopping from one perceived opportunity to another, just jackets. And secondly, we start with the thought, “what is the absolutely best jacket we can make?” and then details such as pricing come long after the jacket is complete. Our focus is on the painstaking craftsmanship process. While most jackets can be produced in a day or so, it takes us the same amount of time just to make our buttonholes.

And with that last statement, I seem to have already begun the tour of crafting a King Sidney masterpiece.  So let’s dive in.

We’re going to go with the hand-painted savannah jacket.

The story of how this unique menswear piece came about is interesting. I was in a fabric store and saw the fabric you see on the pocket square above. I liked the monochromatic leafy print. I’m a fan of the strong contrast provided by a combination of black and white, both next to each other as well as against the King’s skin provided he is not too dark-skinned.

Anyway, I see the fabric, buy a small piece that will serve as a pocket square for one of our King Sidney jackets one day, and keep it aside.

About a month later, as I’m lying in bed unable to sleep, it hits me like a tonne of bricks. What if I could paint the same leaves onto the jacket? Wouldn’t that look beautiful? So we sketch a jacket with slight vegetation drawn randomly across it.

I didn’t like that first draft though. I actually hated it to be honest. I’d have shown you the image but I threw it away because of how disappointed I was. The design looked weak and had no underlying structure to it.

Then about 2 days later I’m sitting in my office and it hits me again. I’ve been going about it all wrong.

What I should be doing, is using the elements of the jacket as a canvas to paint something. So maybe we can have trees sitting at the bottom and leaves hanging from the top. As I thought about it for another 2-3 days, I dropped the leaves hanging idea so as to clean up the aesthetic a little.

I added a few animals to my forest and the hand-painted savannah jacket was born.

So we went ahead and cut our pattern, then hand-painted it, and finally brought it all together.

Please don’t try this at home though. Both the fabric and paint were imported directly and the fabric painter is a master who has been at his craft for a few decades now.

What was left was sourcing the relevant buttons that would blend with the theme we already had running and were fortunate enough to find the following gems.

This was at the beginning of our learning curve so we went with these thin faux buttonholes. Now, I already went into details on how we have grown since then and the various buttonholes we now specialize in over at King Sidney in a previous post, so I won’t waste time repeating that here. You can take a look at that post here; the craftsmanship of King Sidney buttonholes.

So there you have it, the journey of a piece of unique menswear in Nairobi Kenya from beginning to end. What’s interesting is how the entire look all stemmed from the simple print on its pocket square. We draw inspiration from everywhere. Some jackets start with the buttons and blossom into real works of art. Others stem from the fabric, others from thin air.

It doesn’t really matter where the inspiration comes from though. All that matters is when the King slips it on, it’s got to remind him of the King he is, every single time.