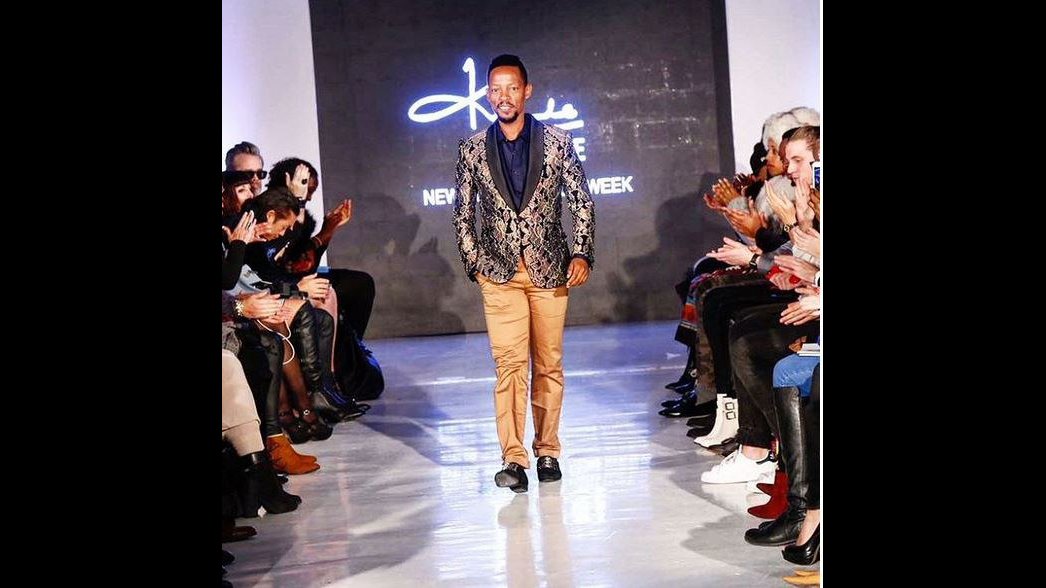 The greatest fashion event I’ve ever attended was a John Kaveke fashion show. Yes, I said it. Some might feel it stupid to give the so-called competition their props, but I don’t believe that to be the case.

It was an event called The Nairobi Fashion Market. Back then I used to sell women’s dresses. My young broke ass couldn’t even afford a tent of my own at the event. So I was partnering up with a lady called Getrude Mungai. You might remember Getrude from seeing her on TV on K24. She caused quite a stir back in the day by choosing sex as her niche and teaching women how to improve their sex lives on national television.

Anyway, I’m seated at my tent trying to attend to the few prospective customers that passed by and John Kaveke arrives at the event. Back then dude was a rockstar.

My younger self didn’t really understand why but I was about to find out. People at the event left their stalls to rush and say hello to him. This was back before the age of social media so guys weren’t really taking any photos with him. But boy oh boy were they glad to see him. Then he disappears into the back and about an hour later, it’s announced that the John Kaveke fashion show will commence shortly.

Now even as a young designer, the clothes were average at best. I didn’t see anything out of the ordinary. But the show, my goodness! The show was a different story.

Kaveke had perfected the art of the fashion show and taken it to a new level. Beautiful sexy female models. I recall one had a tattoo down her thigh that was exposed by the slit on her form-fitting dress. Handsome male models who controlled the female section of the crowd with sexy glances and confident manly struts. Powerful empowering music. Smoke filling the stage at just the right time.

I couldn’t take my eyes off the stage for the entire 20 minutes. Even today, as a grown man, if I heard John Kaveke was doing a fashion show somewhere and charging even Kshs. 2,000 to attend, I’d attend it without any hesitation whatsoever. I recall leaving the event thing, “That man really has the fashion business formula locked down.”

On that last point, however, time would prove me wrong.

Years later, John Kaveke would announce that the level of fame he had was not commensurate with the sales he was experiencing.

Not to say that he’s doing badly. Have you seen his bike?

And no matter what anyone says, in my eyes, that will always be Kenya’s most famous fashion designer.

That being said, there are a couple of lessons I learned from watching him from afar and promised myself that I would do differently.

I always say, if my customer does not exclaim, “Wow, that is an incredible jacket!” Or if his wife doesn’t say, “My goodness, that is an extremely beautiful piece!” Then I have failed. Full stop. End of story.

Too often we designers spend too much time trying to get big on Instagram. Chasing influencers with a very mediocre product.

And speaking of categories.

Try and be known for one thing

As I watched Kaveke, I couldn’t really understand what he did.

Fundi Frank did hip-hop attire for men. But I couldn’t place Kaveke. It was a bit of everything. It’d be men’s shirts in product placement on TV. Then a mix of men and women at the shows. Then women’s dresses in a different interview. I’m not saying it’s impossible to do multiple things. If that’s you by all means go ahead. Guys like Tom Ford do it abroad with great ease.

Tom Ford, however, is a huge brand with a vast amount of capital resources. Most Kenyan brands cannot boast a similar marketing war chest. You can’t copy a millionaire’s moves if you don’t have a millionaire’s money.

Hence the reason it’s better to build for one thing. King Sidney – power jackets for special occasions. When all resources, thoughts, and actions are committed towards a singular goal, you move further with that goal in ingenious ways because that’s where all your thoughts are.

My fellow designers are often surprised that I sell 500 dollar jackets from localized Google searches. To them, a website is simply a glorified online brochure. But I do. And the reason I do is all down to the fact that I’m obsessive about the customer and what he’s thinking/feeling whenever he makes a Google search.

And speaking of fully focused on the customer. One last point.

You have to actually care

You have to actually care about the customer and the effect he’s trying to achieve.

It’s important that you do because it helps you do a much better job than you would have done if you didn’t. What my customers will wear to a particular function often stresses me out more than it stresses them.

I’m currently working on a tuxedo that super activist Boniface Mwangi will be wearing to receive his Peace Prize award in Luxembourg.

And while he’s running around town demonstrating the Israeli-Palestine issue, I’m seated here seriously stressing over his tuxedo’s buttons. Seriously stressing. And that’s precisely the way it should be.

He shouldn’t have to worry about what to wear or how strong of an impression he’ll make at an Award ceremony as long as he has me.

Because if he did have to worry, then what would be the point of having me?