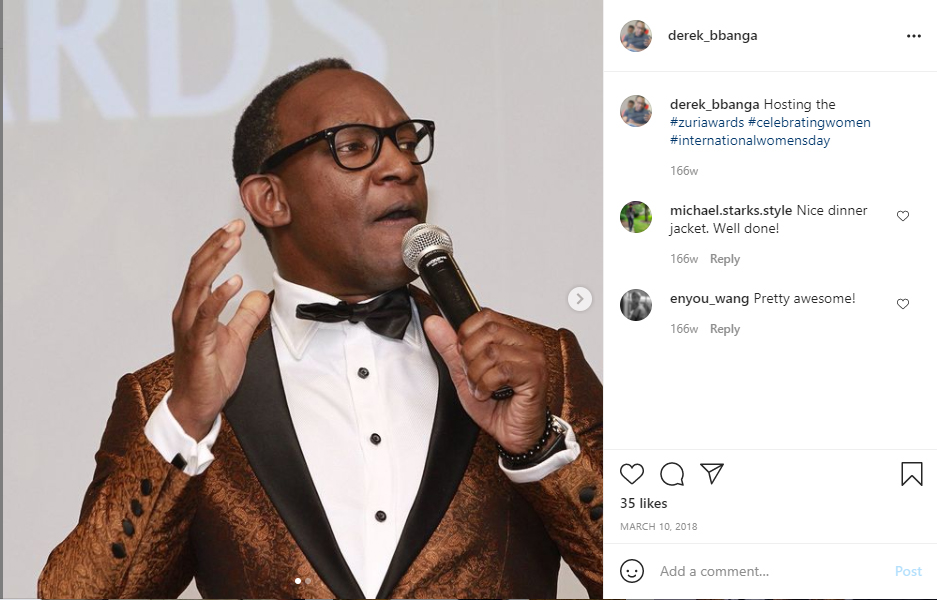 So after selling to Julius Yego and impressing my small circle of friends, a friend of mine who works in the insurance industry suggested that I try out Derek. He stated that his firm was currently undergoing training with Mr. Bbanga. “What better way to add to your young resume than dressing the man who teaches others how to dress?” he suggested.

He was right I thought to myself. That would be quite the addition to my young resume. So he passed me Derek’s number. What I knew for a fact as soon as he handed me the number was that this was quite the opportunity. I had seen the man a couple of times giving style advice online and on TV.

What I would never in a million years have predicted was just how big of a blessing King Bbanga would end up being to King Sidney.

I got the number and respectfully pitched him on WhatsApp. He asked me to give him a few days to think about it.

About a week later he called and asks me to go over to his place in Kileleshwa with a couple of samples. That was the first time I’d ever had a celebrity call me back. Usually, it’s a lot of patient hassle and following up. I suppose it was naturally a good fit because of how suave an individual Derek is.

We like to refer to him as the Kenyan James Bond down here at King Sidney.

Anyway, I went over to Kileleshwa with samples. Derek has a beautiful home, but that’s a story for another day. Once I was there he made an order for this brocade dinner jacket.

A piece he would use on multiple special occasions.

Over time, he would go on to order many more pieces. Here he is in a green set we built for him head to toe.

But the biggest blessing came about a year later when he asked me to go to Lavington to measure a client for whom he was image consulting. I go there and guess who he introduces me to?

Nairobi’s deputy governor Jonathan Mueke, whom I would go ahead and make the following for.

And it is the above jacket that opened King Sidney to a few other young stylish Kenyan politicians. But that’s a topic for another post.

Long story short, King Derek Bbanga taught me a lot. Kindness, humility, and helping out wherever you can with whatever connections you have at your disposal. And his immense emotional intelligence is a skill I try to work on every day as I manage the difficult task of being an entrepreneur.