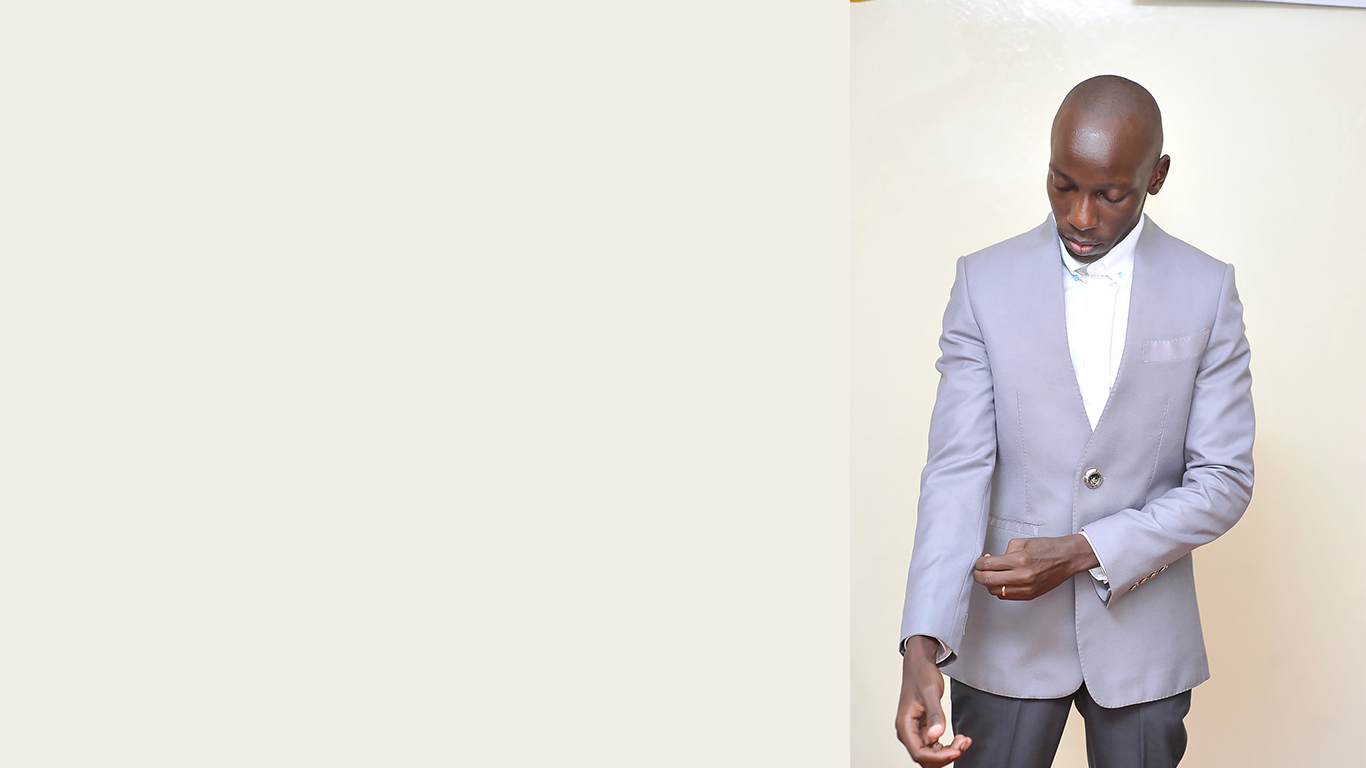 I’ve been selling high-end men’s jackets for about two years now, and in doing so have become very familiar with the male psychology when it comes to fashion matters.

Recently a friend of mine approached me to vent on her husband’s fashion sense.

She was clearly frustrated that she had a friend who sells some of the finest men’s designer jackets in Africa, yet her husband dressed like a man who was blindfolded in the morning as he put his clothes on.

Terrible color combinations, ill-fitting jackets, you name it. Looks that showed no effort whatsoever in the style department.

She said she had tried to get him to dress better to no avail, and thought that I might be able to talk to him. She was a bit surprised, however, when  I let her know that the best-placed person to help him improve his style, is her, then went ahead to explain why.

Kenyan men have three levels with regard to style and fashion.

I will assume you’re in some form of relationship with the man in question.

First, let’s breakdown exactly what is going on in his head. Once we’re on the same page about his thought process, we’ll then get into the most effective approach to take as his lady to help him improve his style.

I dress to cover nakedness.

Depending on the environment they grew up in, most Kenyan men start in this category.

Men are taught that the most important thing is to work hard and provide for those we love, so that is essentially where our focus lies.

The interesting thing about that mentality is that it tends to be present irrespective of financial status. If he’s too broke to spend money on clothes, he’ll think “I have to focus on making money, who the hell has time to think about dressing well!” If he’s financially stable, he’ll think, “I make good money and provide and everyone is comfortable, does it really matter how I dress?”

Women often put a lot of effort into dressing up whenever they step out for occasions as a couple. Therefore it can be incredibly frustrating when men don’t reciprocate.

Men at this level don’t understand how infuriating it can be for you as a woman. It simply doesn’t register. It can’t, because while the point about dressing well and looking good was hammered home to the ladies by their parents, it was barely mentioned to us as we grew up.

Which is why this actually tends to be the most dangerous stage for the relationship.

My wife once told me a story she saw on TV. It was about a guy who used to dress poorly, consistently. They would go out as wedding guests and his clothes would look like he had pulled them straight out of a cow’s mouth after it had regurgitated them.

According to the story, his wife kept nagging him on how he should make an effort and dress better. He dismissed it because of the mentality I mentioned above. Over time, she gradually lost attraction for him. Maybe my wife told me that story just to ensure I always stayed on top of my style game, I don’t know.

My point is if he had known it would cost him something as valuable as his wife’s attraction, of course, he would’ve made the effort. But there’s no way he would have known because his mind-set on fashion matters was built differently from the onset.

Men are from Mars, women from Venus.

Nagging will never work in this (or any) stage because of the reasoning I explained above.

Lucky for you as his lady, this is actually the easiest stage to change his style.

Simply gift him items you’d like to see him in and throw out the ones you don’t like. He will be too focused on other things to notice. Then as people out there begin to compliment him on his improving sense of style, he’ll automatically move on to the next stage.

I dress to impress others.

This is a bittersweet stage for you as the woman in his life.

The man in question has begun to dress up, which is awesome.  However, he’s dressing to impress others (his peers). The keyword here is others, not you.

If you, like me, happen to be a parent, you may have noticed an interesting phenomenon. You can repeatedly tell a child to do something that’s good for him and meet some form of resistance. Yet when he goes out with his friends, it becomes a competition amongst them and he becomes a specialist at the very same thing he wouldn’t do when it was you asking.

You see, it’s not that your son loves his friends more than he does you. It’s just that he already has you, whereas he does not yet have his friends.

You will love him no matter what, and he knows that subconsciously.

As for his friend’s on the other hand, he still has to work for their respect and/or acceptance, so he puts in more effort.

So in regards to your man’s fashion choices in this category,  you may find that your opinion counts for less that of the people he is trying to impress.

So if your sentences start with something along the lines of, “I think you would look better in this” he’ll be thinking, “That’s cool, but you love me anyway. What would the guys at the party think of it? The guys who’s respect I desire but don’t have as of yet. The guys I’m truly trying to impress.”

If you already like how he’s dressing at this stage, then do nothing. He’s not simply covering nakedness anymore so that’s a good thing right?

If however, you really in your heart of hearts feel like he could be dressing a lot better with your influence, then it’s fairly easy.

Simply be on his side in the competition. Something along the lines of, “Every man at that party will be wearing some version of what you’ve chosen to wear. It’s too common so you won’t stand out.  Go with this instead. You’ll crush all the competition”

But you as his woman have to be certain he’s in this particular stage, because criticizing the item in question will not work for the final category.

I dress as a portrayal of my identity.

Let’s be real, everyone who dresses well wants to impress others to some degree. It’s called being human.

The difference between men in the previous level and those in this level is very subtle.

For the ones in the previous level, impressing others is the ultimate goal. They feel good about what they wore once they’ve been complimented on it. The men in this level, however, are a lot more self confident. They like to look good based on their own opinion of themselves. The impressing others part just so happens to come as a bonus.

The reason he looks so good is that it takes a lot of practice to get it right. Think about it this way, you have two individuals. One works for the money, the other works because he’s in love with whatever his job/craft is and therefore puts in major overtime. Because it doesn’t actually feel like work.

Over time, the one who’s in love with his job/craft is bound to get paid more because of the amount of work and practice he’s put in and the high level of skill he has achieved. But if you notice, money was never his number one priority. It came in droves as a result of his love of his craft.

The men in this category are basically those who have worked very hard on their fashion and style game over time. They’ve taken the time to understand themselves and their identity and purchase clothes that speak to that identity.

His thought process will be along the lines of, “I love the craftsmanship on this jacket. It has the kind of detail I would undertake in my own endeavors.”

He’s very secure style-wise. He understands his strengths and knows how to dress to enhance them.  These gentlemen usually end up getting the most compliments either way because they have brands such as King Sidney to cater to them.

Men in this category usually dress extremely sharply and source for the best of the best.

These are guys with experience. They spent some time in the other two categories before getting here.

To critique an item or a look here, you would have to have more knowledge and experience on men’s fashion than he does.

Fortunately, you’ll almost never need to. Once he’s at this level, you’ll find yourself singing his praises more often than not. This of course is fantastic for the relationship.

What should you do as the lady of a gentleman in this category? Sit back, smile, and enjoy the fruits of your labor.